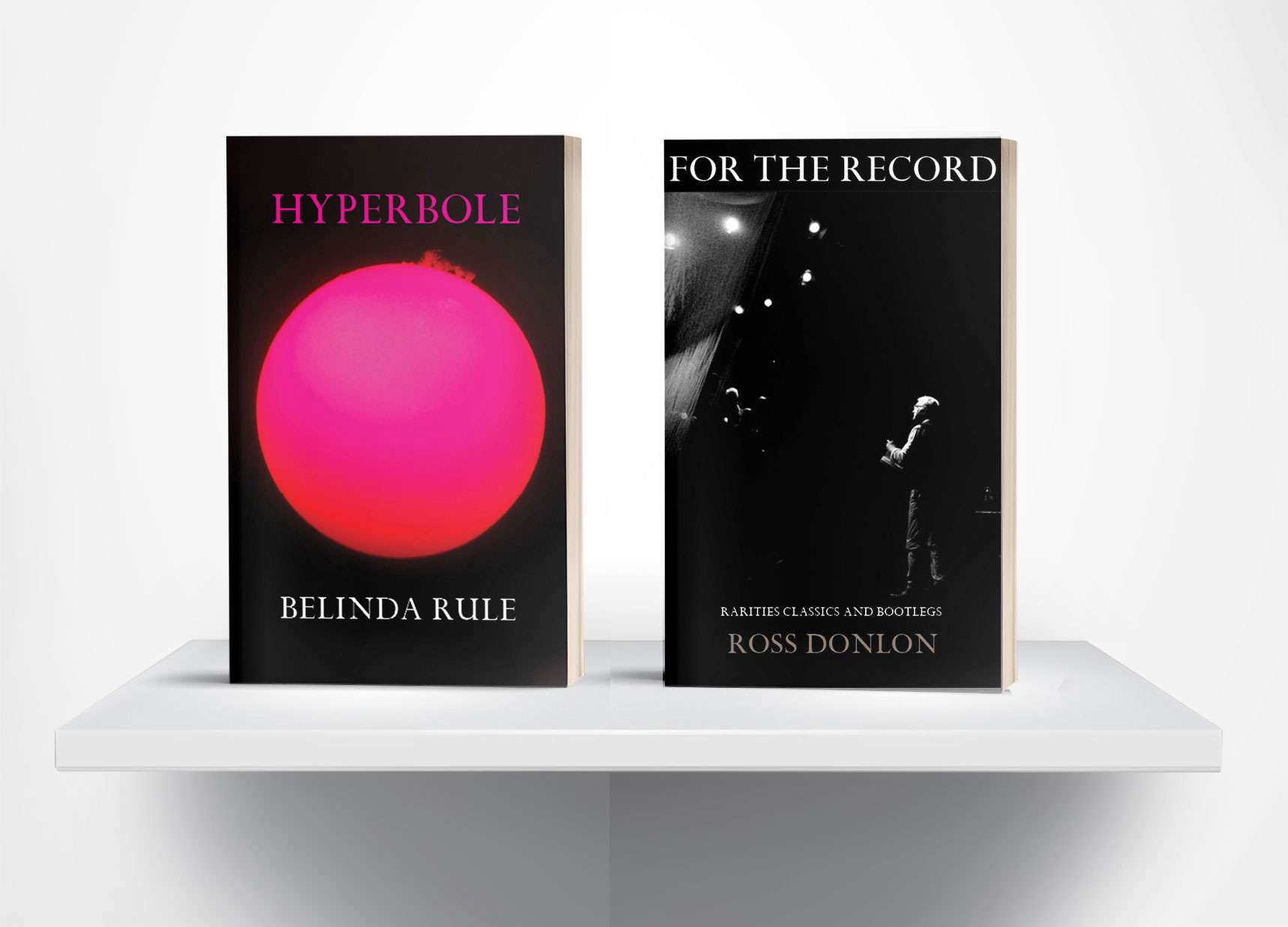 As part of the That Poetry Thing readings, join us on for the launch of two new Recent Work titles:

Hyperbole, Belinda Rule’s debut full length collection, contains the poems from the 2019 Anne-Elder-commended chapbook, The Things the Mind Sees Happen, as well as a careful selection of previous work spanning the past ten years. These are tender, funny poems  about family estrangement, sexual violence, ageing and death.

For the Record by Ross Donlon. In his teens, Ross Donlon had poems published in The Bulletin, Australia’s iconic journal, and in 1965, the literary editor predicted ‘an exciting future’ for the young poet. Donlon’s next poem was published thirty-three years later. In a ‘second budding’ he has had many poems published across Australia and overseas and read at festivals both at home and in Europe. For the Record charts his journey as a poet over five decades, including the Bulletin poems, and the later dark and comic poems for which he has become well-known.

Open Mic: Limited to 10 poets reading for 3 mins each. Spaces can be reserved on the night, or pre-book by emailing contact@recentworkpress.com